The House Of Dreams

On a visit to my homeland of London I decided I would bring along a small painting of a boy, which was given to me by my friend Laura, who is more of a ‘cat’ person. The painting had a somewhat haunting feeling to it and I had given it the title ‘Lonely’. Laura had found it in a thrift store in Tucson and I had always regarded the subject of the portrait as being of a small Mexican boy. I took it to a Tales From The Trash exhibition in California and it was bought by my friend Tom Laura. It turns out Mr. Laura only bought the painting because he liked the frame, and he proceeded to remove the canvas, walk off with the frame and return the painting to me. Which, in hindsight seems like the kind of thing Tom would do. 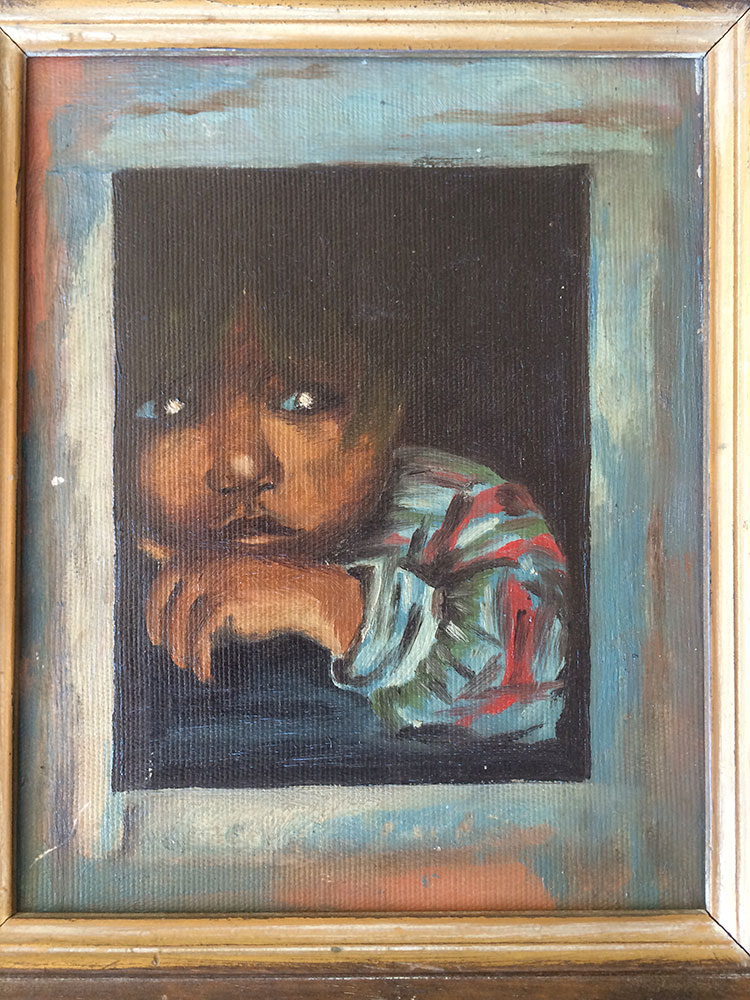 The original ‘Lonely’ painting acquired and titled by me in 2015

While I was on my trip to London my Father was going to be participating in an Art show and I had decided I would bring one of my Tales From The Trash paintings to hang alongside his paintings. This was purely for fun and as an experiment to see if I could sell a painting in England. My Father agreed, so I looked for a painting in my collection that was small enough to fit in my luggage and light enough to not make my luggage overweight. The recently de-framed ‘Lonely’ portrait fitted the bill, and if Tom hadn’t removed it’s frame I would never had packed it on my trip. 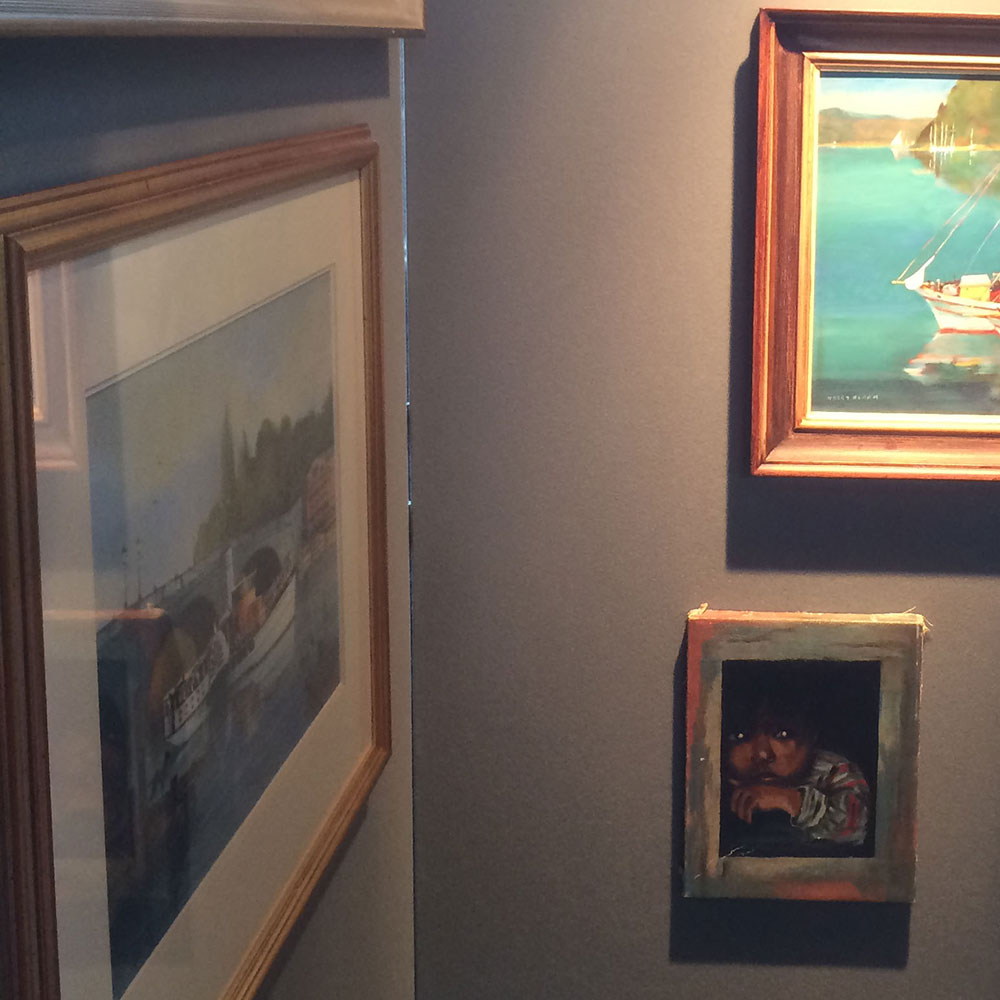 ‘Lonely’ on display at my Father’s Art Show

At my Father’s art show a man bought the painting and Dad wrote him a receipt and instructed the man on where to go and pay for it (apparently the Artists aren’t trusted to handle the money). For some unknown reason, the buyer didn’t end up paying for the painting, and so ‘Lonely’ came home from the exhibition and was returned to me, once again.

So here I sit in London with the painting that has been ‘sold’ twice before, and yet still I have it in my possession. 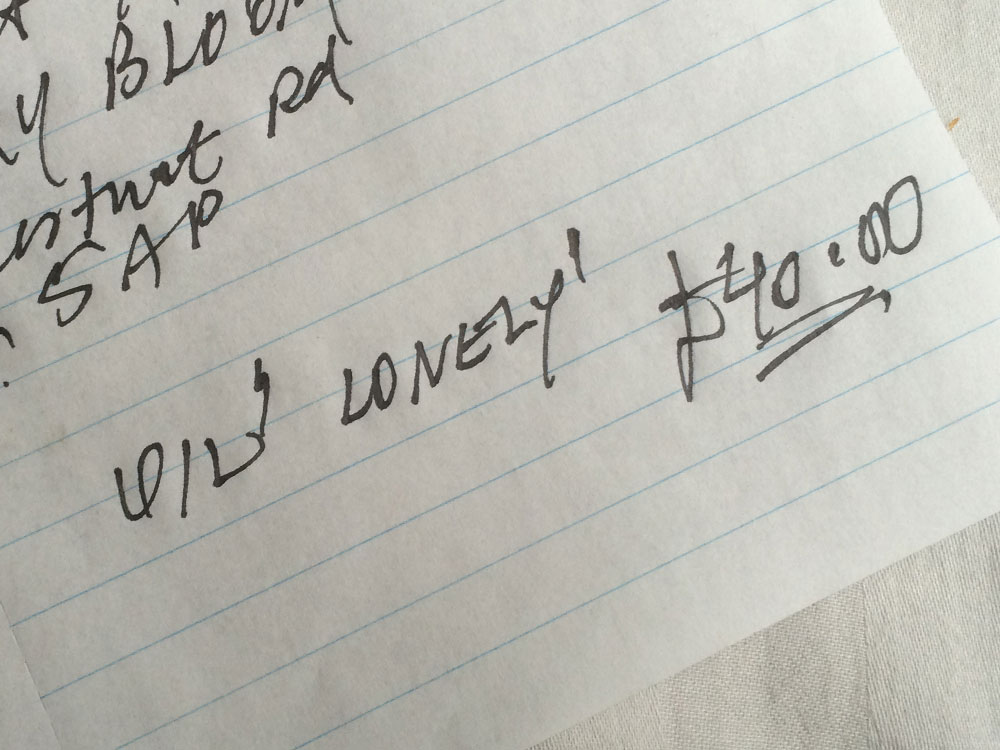 Sold again, but then again, not

An old friend of mine had arranged a private tour of the home of Stephen Wright, an artist who has been transferring his house in Dulwich into a work of art for over 15 years. Mr Wright does regularly scheduled tours of his house but my trip didn’t coincide with his calendar of tours. My friend Carol contacted him and he agreed to show me and another friend named Andy who lives in nearby Brixton, around his house. Andy, often known as ‘Lucky’ owns a beautiful, historic building in Brixton which he rents out for weddings, parties, art shows and other events.
I meet up with Andy in a Greasy Spoon cafe in Brixton and we drive over to Dulwich in his van. 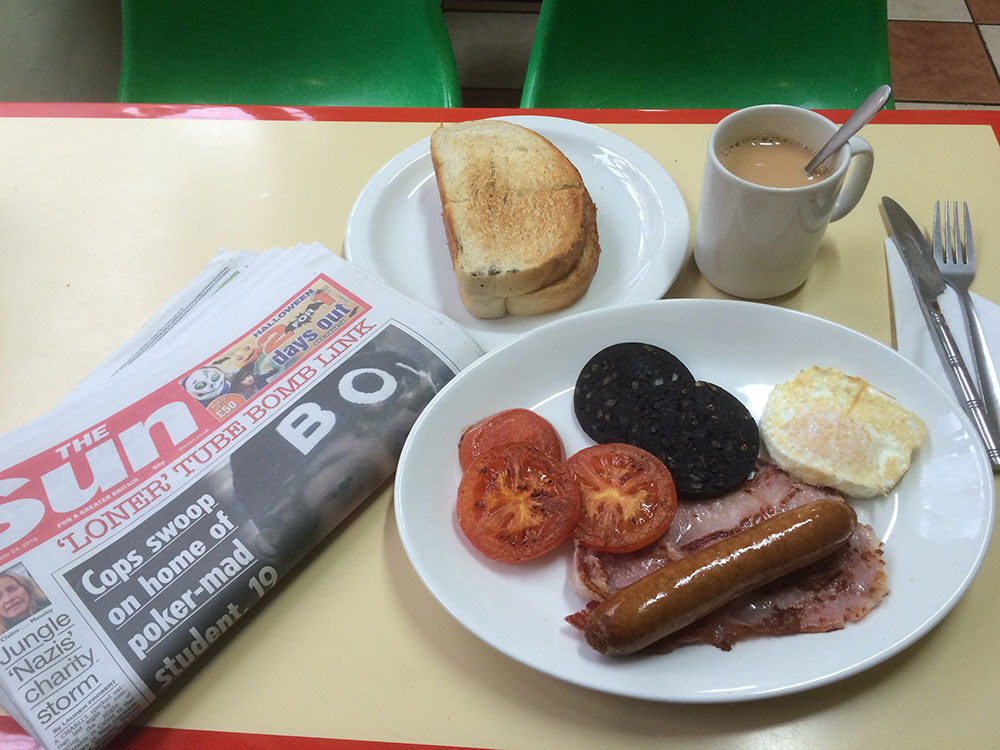 Before I set out for Brixton to meet Andy, and even now I can’t really explain why, I had grabbed my little twice-sold but unsold ‘Lonely’ painting and placed it in my shoulder bag.

Stephen Wright is a delightful man, originally from the North of England, who has been transforming his home into a work of art for almost 20 years. The first thing he did upon welcoming Andy and I inside was to make us a lovely cup of tea. A short film explains how, after losing his long-time partner and both parents within a year of each other, Mr Wright felt totally alone and turned to his art as a way of coping with the loss. His entire house is being covered with mosaics, sculptures, assemblages, paintings, objects and knick-knacks. I remark to him that he has a lot of Mexican folk art and ask where he finds it all in London. 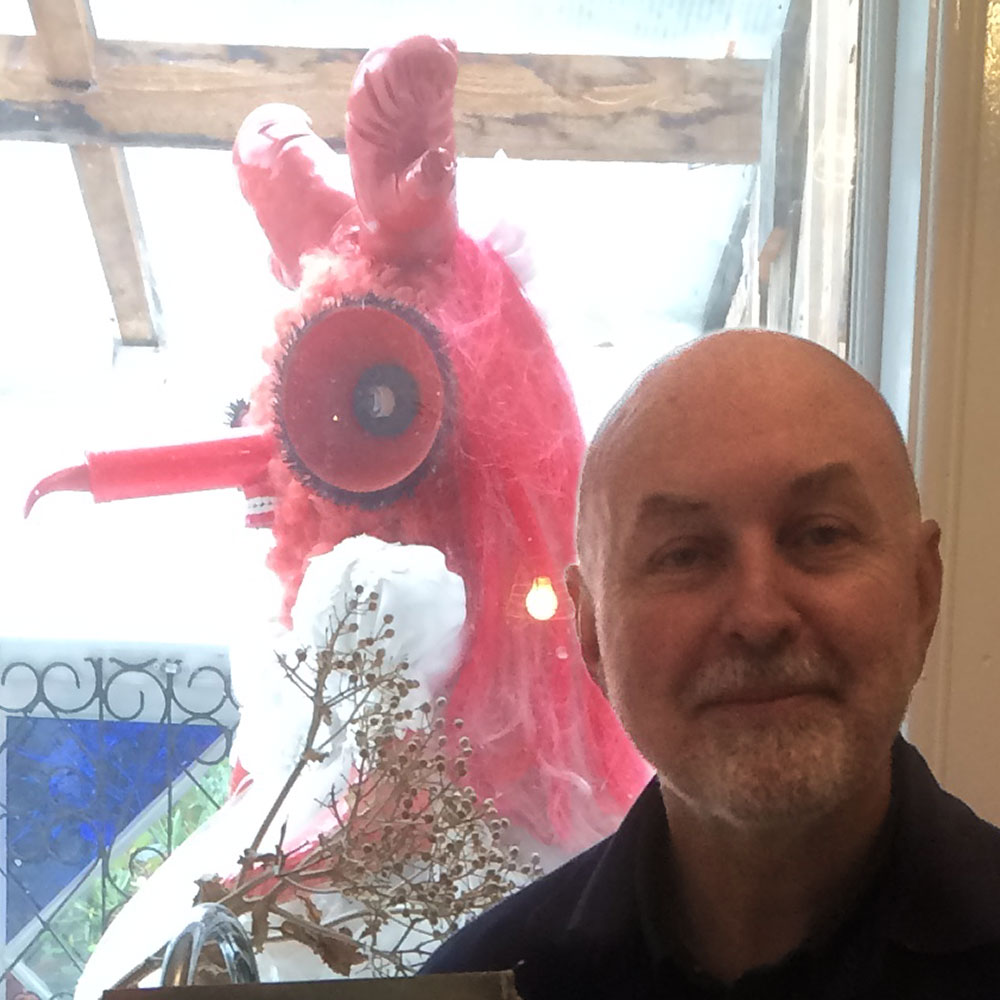 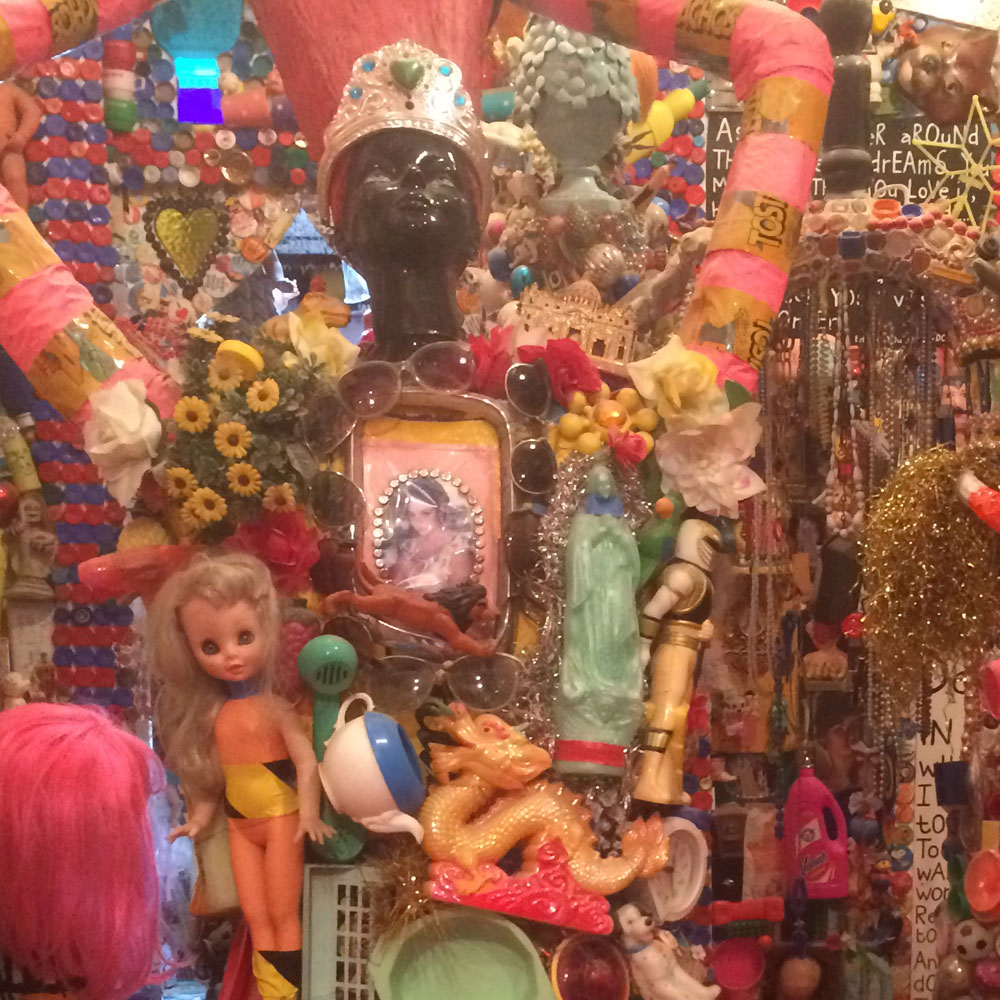 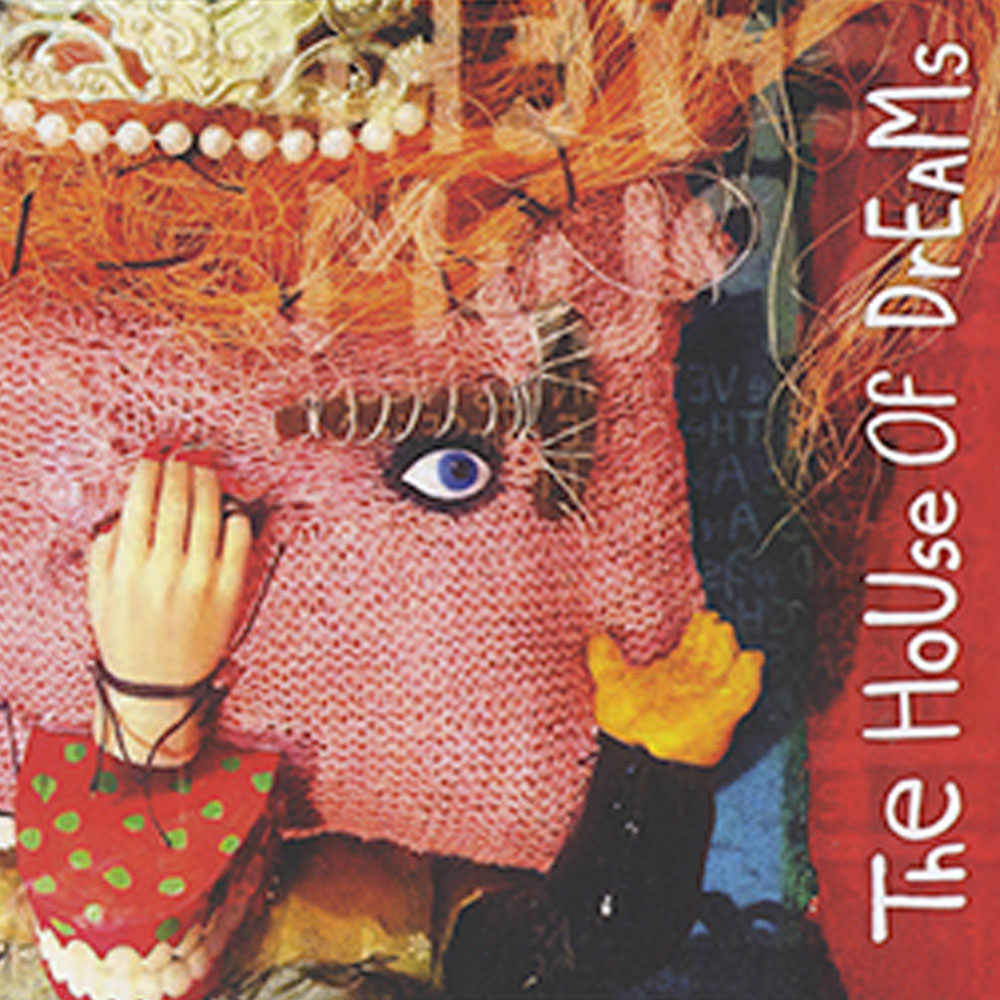 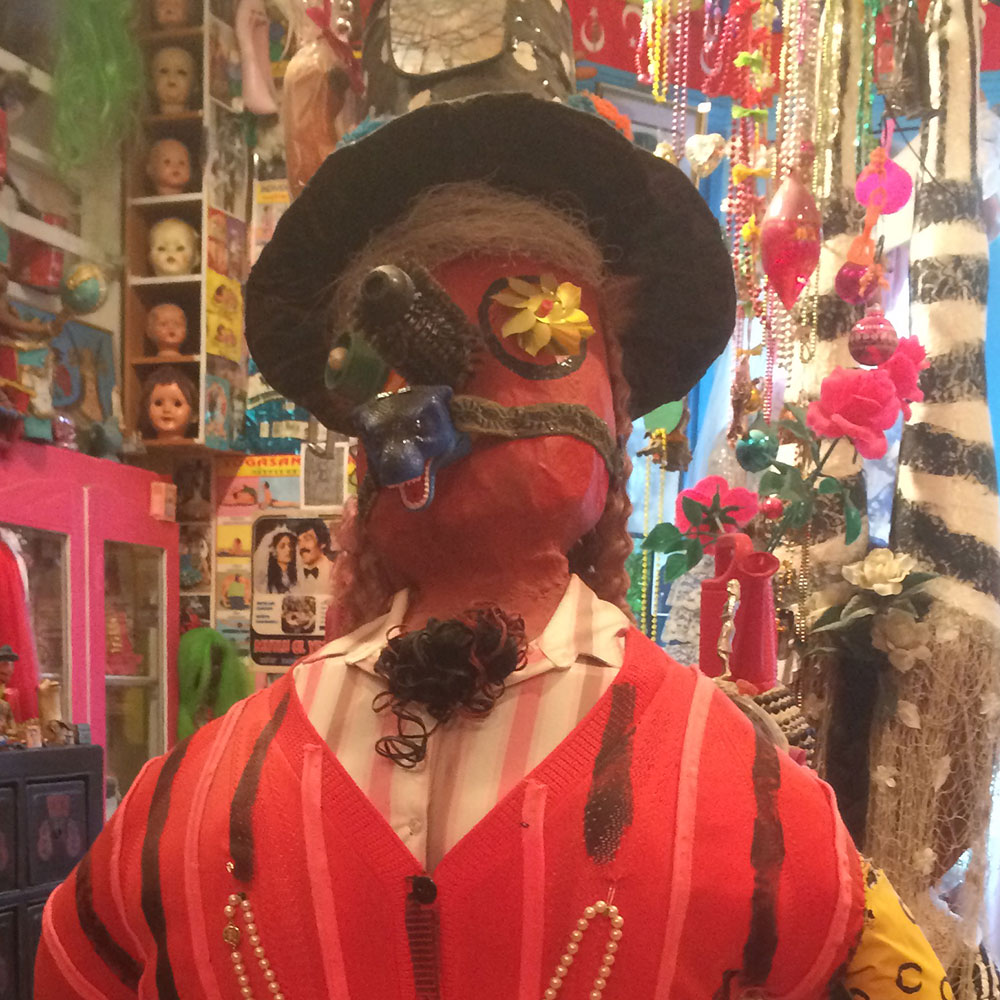 Stephen then starts to tell me a story…

Several years ago Stephen had a vision of himself as a young boy in Oaxaca Mexico, living in a very specific village in a very specific house. The house had a dirt floor and he saw his boy-self sitting on a bed by a window. He travelled to Oaxaca and somehow managed to find the house from his vision, knocked on the door and introduced himself (via his Mexican phrase book) to the owner, and was invited inside. It was almost exactly as he’d seen it in his dream, including a dirt floor, only it was a chair and not a bed by the window. Mr Wright calls his Dulwich house-cum-art-project The House Of Dreams.
When Stephen finishes telling me of his vision of being a small boy in a Mexican village a chill runs up my spine, which only adds to the goosebumps I’ve been feeling as he was talking. I tell him the tale of my ‘Lonely’ Mexican boy painting from Tucson Arizona, of how it has been sold twice but I still have it. I reach into the bag hanging from my shoulder and produce the twice-sold, unsold ‘Lonely’ Mexican boy painting. I show it to Stephen and tell him ‘I can’t explain how or why this painting is here with me in your house at this exact moment in time. I just know it most definitely is supposed to be with you’. I hand him the painting and tell him he can do whatever he chooses with it, it’s now his. 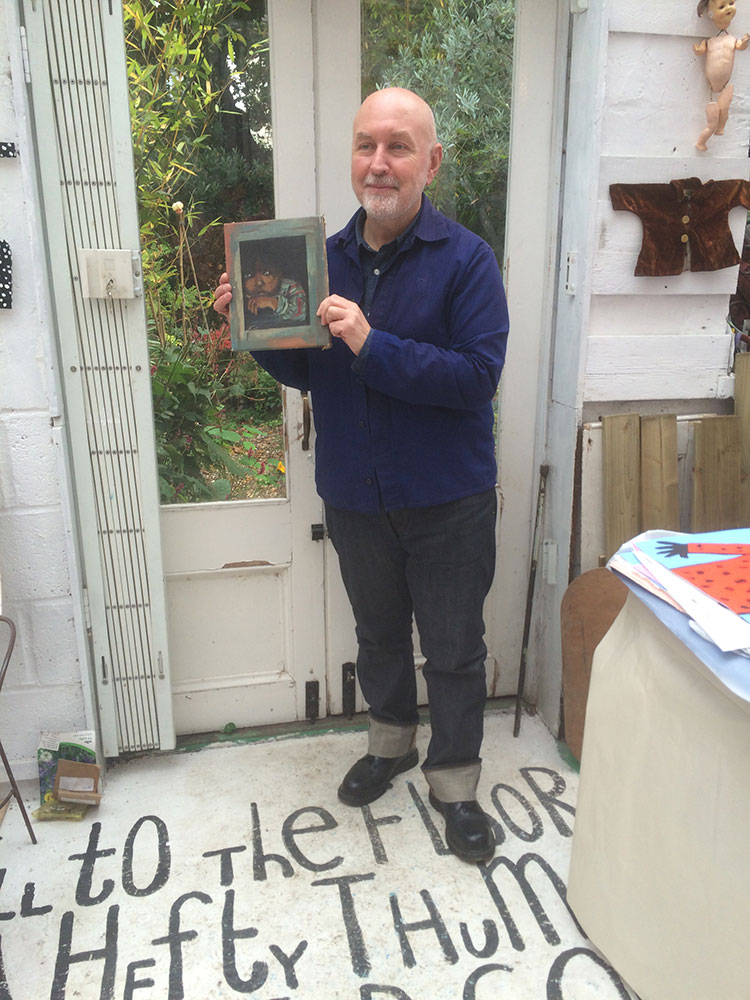 We’re both standing there and I’d say we were trembling, but I don’t want to speak for Stephen. I know that I was.

The chain of events that led the painting to this moment are, taken individually, pretty unremarkable:
If Laura hadn’t found it in a thrift store in Tucson and given it to me. If Tom Laura had bought it because he liked it, and not the frame (the two Laura’s, even). If Tom hadn’t unframed it and left it for me in a smaller and lighter form, I wouldn’t have chosen to bring it to London. If the person who bought it at my Father’s show had paid for it. If I hadn’t had a random thought to take it to Stephen’s House. If Stephen hadn’t told me the story of his Mexican Vision.
I’m also aware that I visited The House Of Dreams with Andy, who’s nickname is ‘Lucky’. And that Andy owns a building which he rents out to people for art shows, and that my own dream is to bring an art show to London… 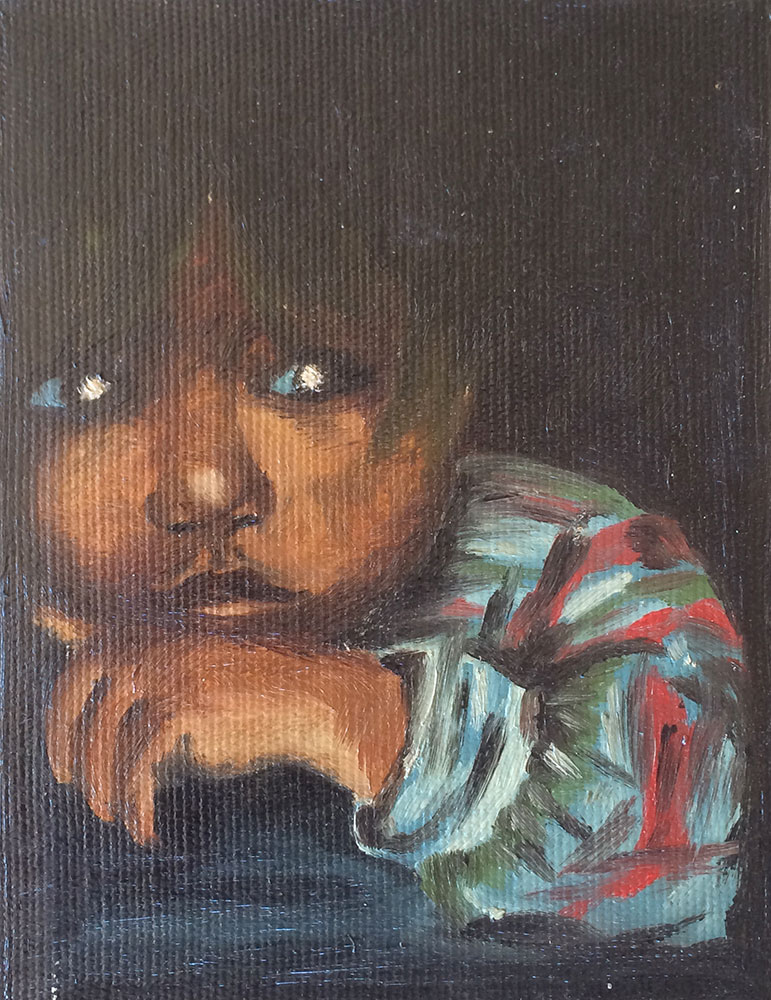 Not quite as Lonely

Stephen Wright plans on incorporating ‘Lonely’ into his ongoing, living, evolving life work, The House Of Dreams, which satisfies me to no end. A painting from a thrift store in Tucson becoming part of a real piece of art in a house in Dulwich is a very nice end to its travels.

Update: This story took place in October 2016. In May 2019 I returned to London with a suitcase or two full of Thrift Store Art from America and did, indeed, put on a show.

Stephen Wright offers tours of his home from time to time. A schedule is posted on his web site Stephen Wright, Artist