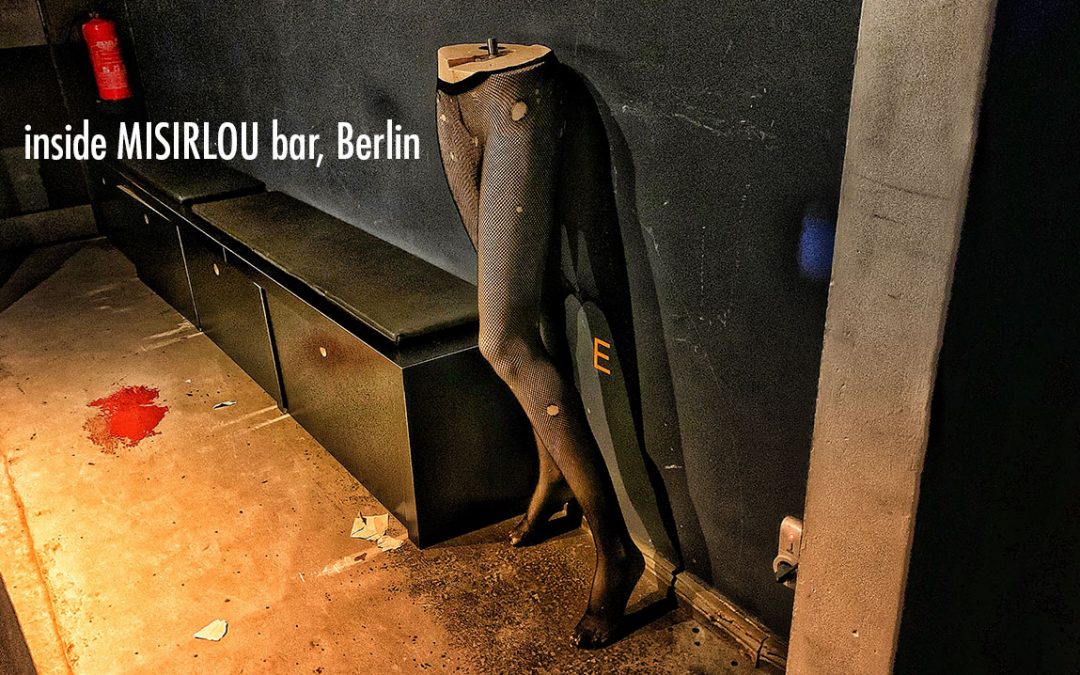 A late night conversation with a stranger, outside a bar in Berlin. 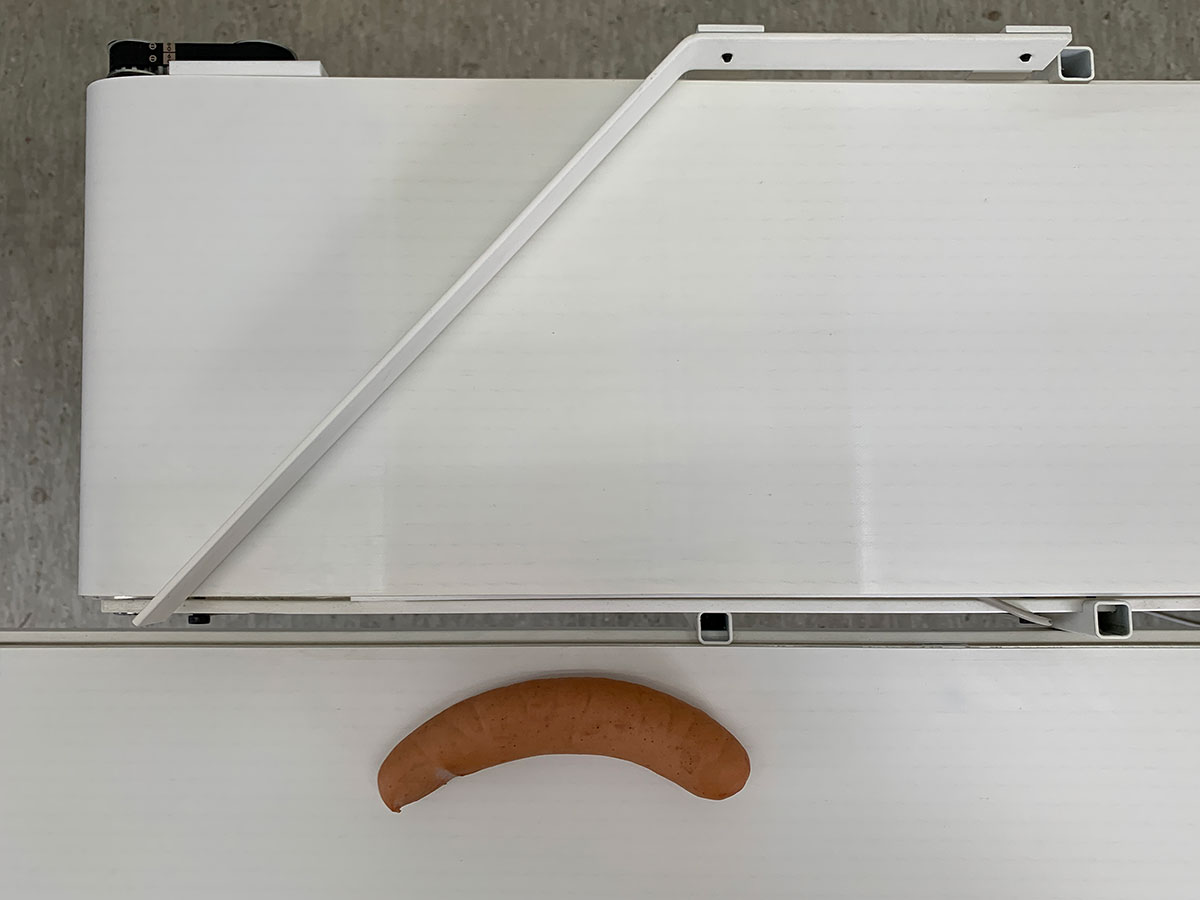 She: What do you do?

Me: I collect original art that has been abandoned in some way, like in a thrift store or a flea market, and I curate exhibitions of it.

She: So you are not an artist?

Me: Well, I do sometimes create some art of my own, but that’s not why I’m in Berlin.

She: Why are you here?

Me: I’m hoping to find a gallery space so I can do an exhibition in Berlin.

She: So, the art will hang on walls?

She: Ah! Art that hangs on walls is not ArtShe

Me: I don’t understand what you mean.

She: Art that hangs on walls is not Art. It is IKEA.

Me: Hmmm… Do you consider something in an Art Gallery to be ‘Art’?

She: Not if it hangs on a wall.

Me: I was at an Art gallery a couple of hours ago. There were only 3 things hanging on the walls and none were traditional ‘pictures’. In the middle of the room standing on the floor were 2 parallel conveyor belts, about 6’ long by 1’ wide, each at a slight incline. At the end of each belt was a metal barrier. On the conveyor belts was a lonely, fat sausage. As the belts moved, the sausage slowly climbed the slight incline and when it reached the barricade at the end it was slowly pushed off the edge of one belt and onto the beginning of the second belt, where it started it’s slow climbing journey again. One fat, lonely sausage, caught in an endless looping cycle of monotony. The piece was titled ‘Made In Germany’ and it was in an Art Gallery and it wasn’t on the wall. So do you think this is Art?

She: I do not think sausages are Art, so no.

Me: Normally I would agree that sausages are too delicious to be considered as Art, but here we are, late at night, standing outside a bar in Berlin, and you told me that if something hangs on a wall you don’t think it’s Art, and I just described a sausage on a conveyor belt that’s in a gallery and isn’t on a wall, and you certainly can’t buy it at IKEA. And I really can’t believe I’m defending the right of a sausage to be considered as Art! But now that you and I have had this conversation I will never forget the experience of seeing it move boringly from one belt to the other and thinking at the time how absurd it was, and now, a few hours later I’m defending its rights, as a sausage on a conveyor belt, to be considered as Art. Because you can see Art in almost anything you look at if you’re willing to open your eyes and your mind.

She: Well, I agree that it isn’t IKEA, but I still don’t think it’s Art. 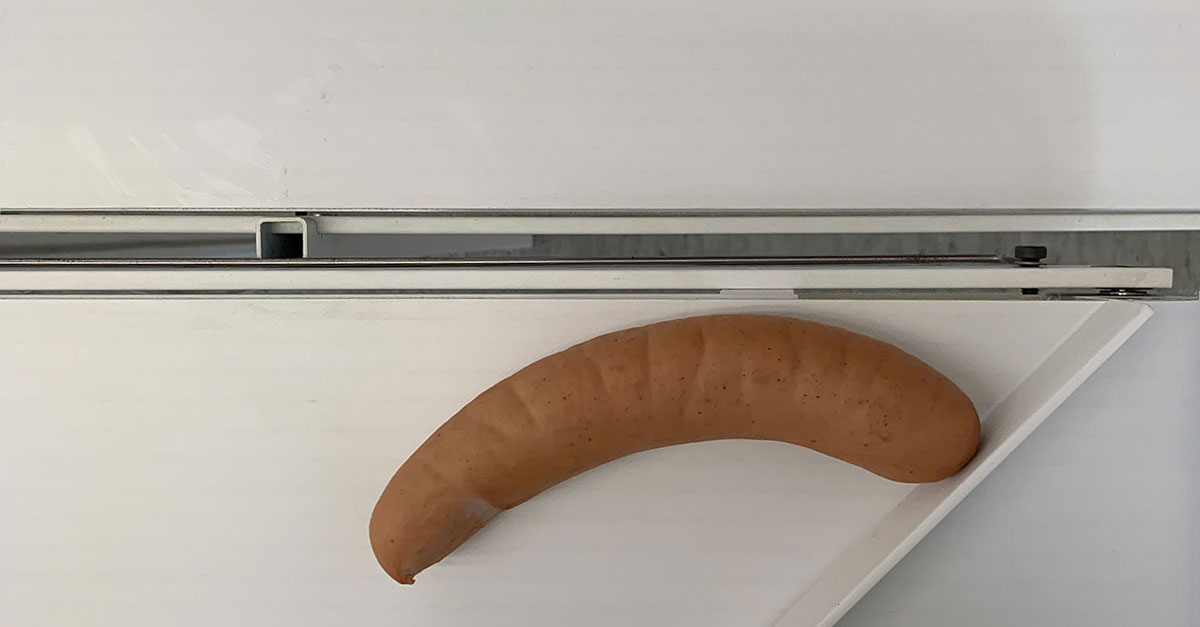 Me: Please stop picking on IKEA. They’re in the business of providing inexpensive furniture for people who cannot afford real furniture. They’re not in the Art Business. They sell some frames with mass produced prints in them to hang on walls. The paintings I collect and exhibit are all original works of art. They’re unique, and sometimes I think they’re good and sometimes they’re not quite as good, but they are always a bit interesting, at least to me.

She : But Art is still made to be put on walls, to be looked at. It doesn’t tell a story.

Me: Art has been telling stories since humans first painted in caves! Look, I’m going to show you a photo of a painting I found in a junk shop yesterday. It will make things easier to show you the photo, because ironically it’s still often true that a picture is worth a thousand words. 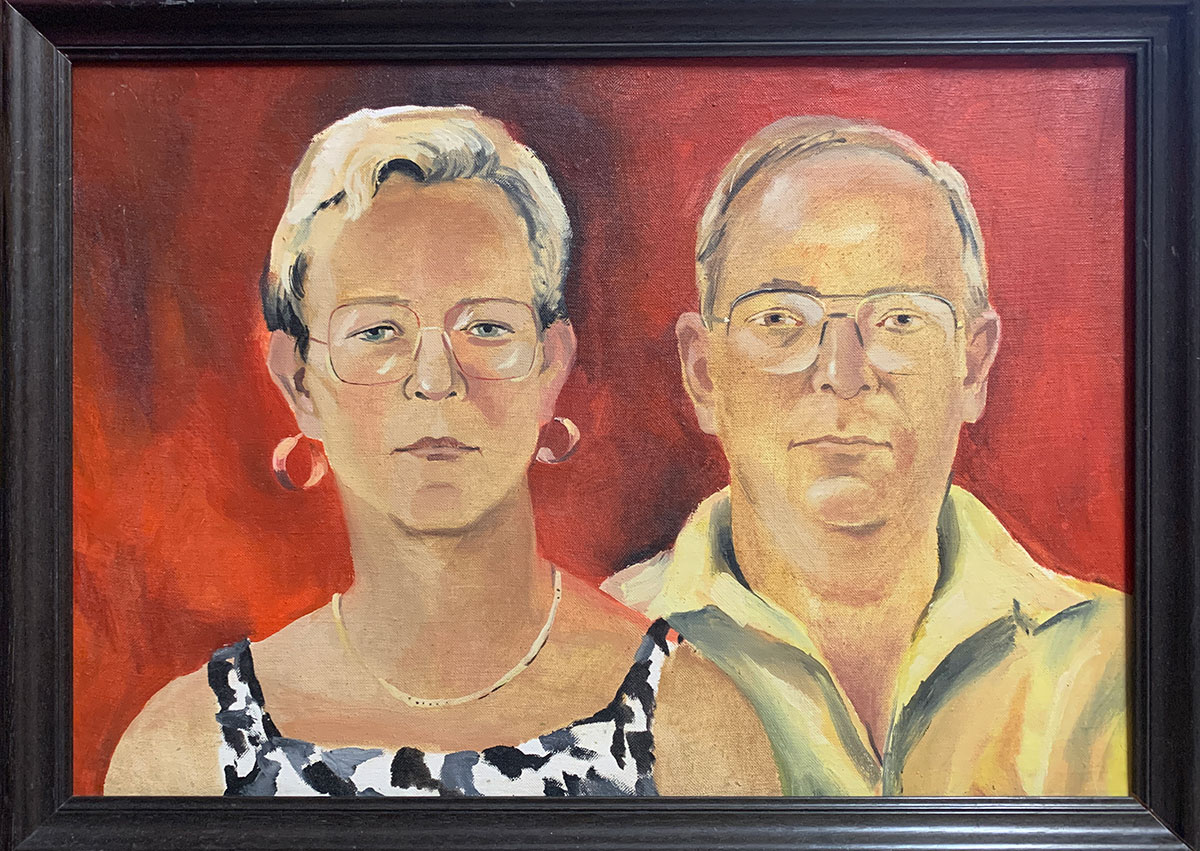 Me: It’s a painting of a man and woman together, from the shoulders up, staring at us from behind their glasses. They look like very ordinary middle-aged people. Maybe even boring people. Her hair is short, neat, styled, blonde, with black bits showing on the sides. Maybe her roots, maybe it’s dyed. He is balding, with a comb-over. She’s wearing a top with a bold, abstract black and white pattern. She has a thin gold necklace and big gold hoop earrings. He’s just wearing a plain shirt, open at the collar. They are staring at us, almost without any expression at all.

Who are they? Were they married, were they happy, did they have children, are they still alive, did one of them have an affair and the other threw away the portrait of them together? Which one had the affair? She looks like she was more fun to have a drink with than he. I don’t think they were wealthy, but they had money to spend on getting an artist to paint them, and it’s not a great painting, but it isn’t a bad painting either, and the artist didn’t sign it so might have been an amateur artist, or maybe the artist was the one having the affair with one of the people he was painting? And again, which one of them do we think was having the affair?

And I just made all of that up by looking at a random painting I found abandoned in a junk shop, so I don’t agree that Art can’t tell a story, as you said.

She: That was pretty good.

“If you could say it in words there would be no reason to paint.”